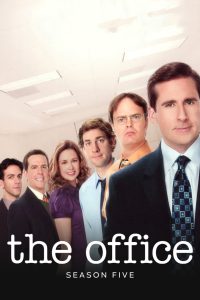 The fifth season of the American television comedy The Office premiered in the United States in the 2008–2009 television season on NBC on September 25, 2008 and concluded on May 14, 2009. The fifth season consisted of 28 half-hours of material, divided into 24 half-hour episodes and two hour-long episodes. The Office is an American adaptation of the British TV series of the same name, and is presented in a mockumentary format, portraying the daily lives of office employees in the Scranton, Pennsylvania branch of the fictitious Dunder Mifflin Paper Company.

King of the Hill